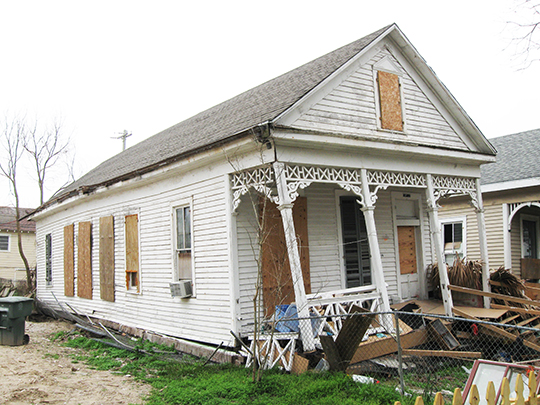 Dwayne is a graduate of Trinity University in San Antonio in history and Asian studies.  He holds a master’s in urban and regional planning and historic preservation from George Washington University in Washington, D.C.  Mr. Jones is Executive Director of Galveston Historical Foundation (GHF) (2006-present) one of the nation’s largest local preservation non-profits.  GHF owns or manages eighteen historic properties, including several historic vessels, as well as manages museums and community preservation programs.

Following Hurricane Ike in 2008, GHF formed the Center for Coastal Heritage to address preservation issues and techniques unique to historic coastal communities.  In 2018, Mr. Jones served on the Harvey Arts Recovery Fund with representatives of arts and cultural leaders from the Galveston-Houston region to address responses to individuals and organizations affected by the storm.

From 2000 to 2006, he served as Executive Director of Preservation Dallas, the local non-profit preservation organization for Dallas.  Dwayne earned membership in the American Institute of Certified Planners (AICP).  Prior to his work in non-profits, he directed the National Register and Certified Local Government federal programs at the Texas Historical Commission where he worked for twelve years and directed the Main Street revitalization program in Wharton, Texas, in 1986-87.