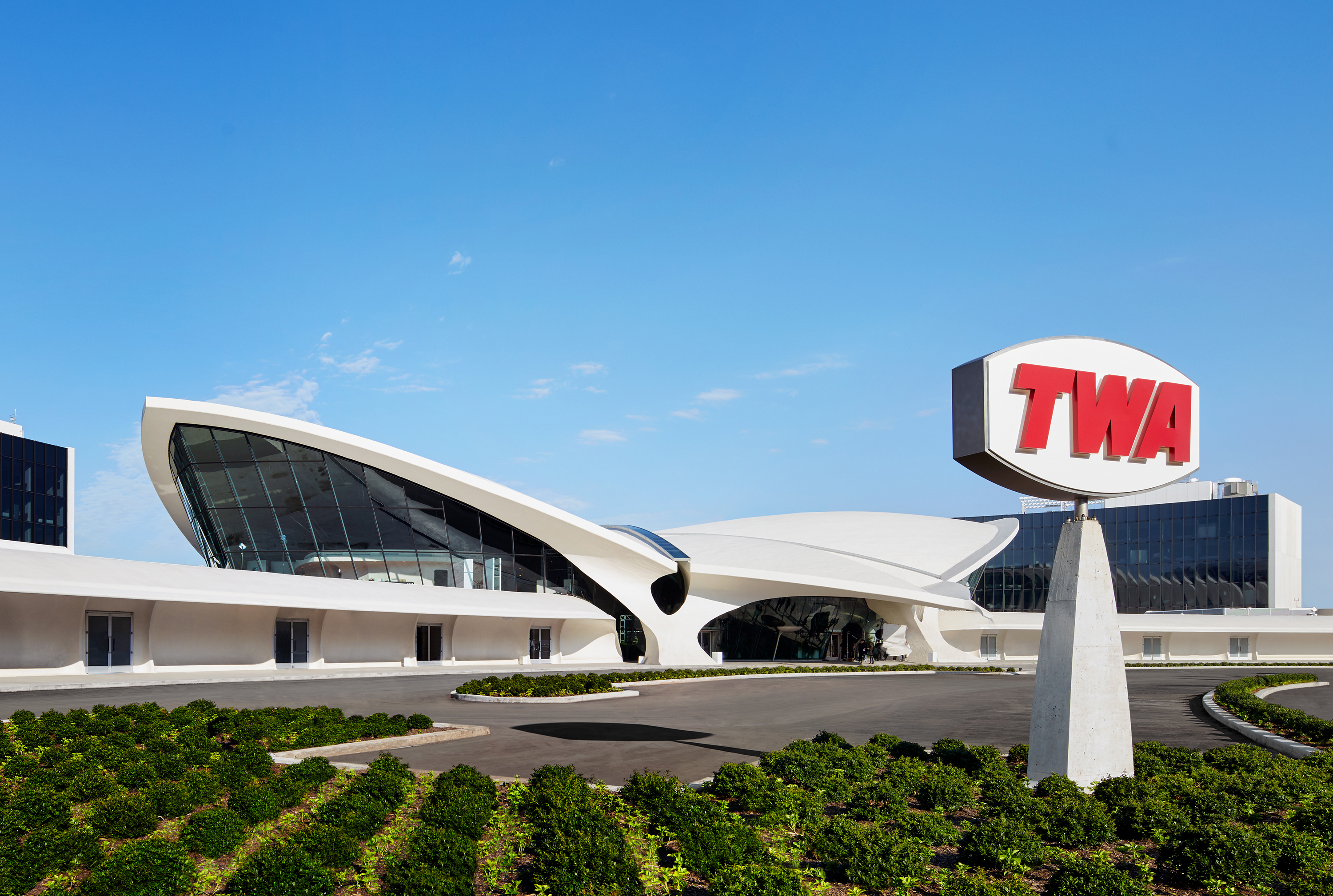 The TWA Flight Center, designed by Eero Saarinen, is one of the most significant examples of mid-century modern architecture in the Americas. Since its opening in 1962, the building’s expressive form helped define the modern airport terminal and served as a visual metaphor for flight. Conceived immediately before the advent of the jet age, the TWA Terminal was designed for smaller aircraft and underwent a number of modifications to adapt to the rapidly changing aviation industry. When Trans World Airlines ceased operations in 2001, the terminal was closed to the public and threatened with demolition.

Having worked to stabilize and protect the building since its closure, the TWA Hotel project is the culmination of 20 years’ involvement for Beyer Blinder Belle. The redevelopment of the TWA Flight Center reactivates this international landmark and opens it to the public as a hotel, restaurant and conference center. Completed in May 2019, the project has restored the integrity of the 1962 Flight Center, and constructed two new hotel wings and a subterranean conference center behind the historic building. The project includes a restored 1958 Lockheed Constellation airplane, a rooftop pool overlooking the JFK runway and interpretative exhibits on the history of TWA, Eero Saarinen and the mid-century Modern design movement.

Bio: Miriam Kelly RIBA ARB AABC
Miriam Kelly is a Principal at Beyer Blinder Belle and part of the historic preservation team for the TWA Flight Center. Having trained as a design architect in the UK, Miriam specialized in the repair and adaptive reuse of some of England’s most important historic buildings including Windsor Castle, Bath Abbey and the Royal Pavilion Estate. She joined the UK’s Register for Architects Accredited in Building Conservation in 2012. Since joining BBB in New York in 2014, she has worked on projects for the Metropolitan Museum of Art, The Frick Collection, New York Public Library, Federal Reserve Bank of New York, the Hispanic Society and Longwood Gardens. Miriam holds two Masters Degrees in Architecture from the University of Edinburgh, is a Scholar of the Society for the Protection of Ancient Buildings (SPAB) and a Fellow of the Winston Churchill Memorial Trust. She serves as an Advisory Board member for the New York Landmarks Conservancy.