The Astrodome: Building an American Spectacle 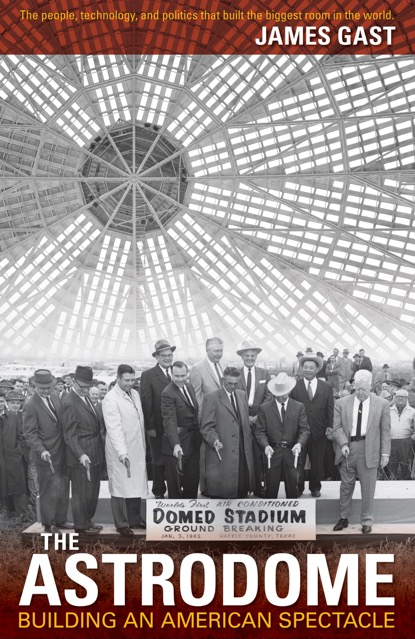 The Astrodome: Building an American Spectacle is the first book to look in-depth at the design and construction of Houston’s Astrodome. It tells the story of the creation and early days of the world’s first domed stadium, highlighting the people who participated and the unprecedented solutions they developed for problems that had not previously existed. The book is the chronicle of an extraordinary achievement in extraordinary times, and its lasting technological and cultural influence.

The Astrodome was a landmark in the history of sports stadium design, but the book goes well beyond architecture and baseball. It shows how the Astrodome was influenced by its cultural setting in mid-century America, and the events of the early 1960s, such as desegregation, the Cold War, and the Space Race. The book also places the building in its historic context among worldwide architectural and engineering accomplishments.

About the Author
James Gast, AIA is a registered architect, specializing in large-scale transportation and infrastructure projects. He is an associate vice president with AECOM, a worldwide architecture and engineering firm. A former Houston resident, he has more than 30 years of major project experience in Texas and throughout North America. He holds a Bachelor of Architecture degree from Cornell University.

For more information about the book please visit www.astrodomebook.com.