The Eighth Wonder of the World: The Life of Houston's Iconic Astrodome

5:30pm Reception
6:00 Presentation
Books will be available for sale and signing by the authors 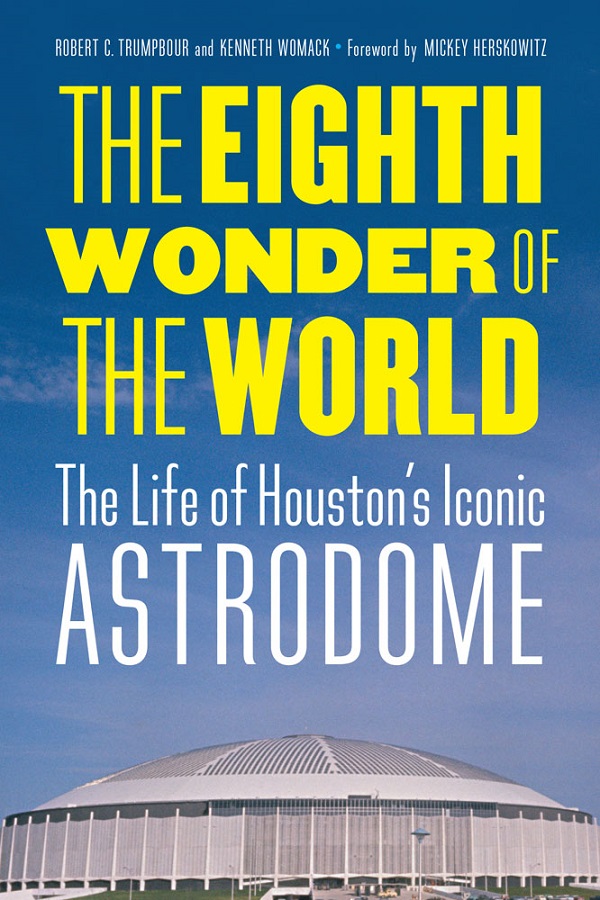 Book description
When it opened in 1965, the Houston Astrodome, nicknamed the Eighth Wonder of the World, captured the attention of an entire nation, bringing pride to the city and enhancing its reputation nationwide. It was a Texas sized vision of the future, an unthinkable feat of engineering with premium luxury suites, theater style seating, and the first animated scoreboard. Yet there were memorable problems such as outfielders’ inability to see fly balls and failed attempts to grow natural grass—which ultimately led to the development of Astroturf. The Astrodome nonetheless changed the way people viewed sports, putting casual fans at the forefront of a user experience approach that soon became the standard in all American sports.  The Eighth Wonder of the World tears back the facade and details the Astrodome’s role in transforming Houston as a city while also chronicling the building’s pivotal fifty years in existence and the ongoing debate about its preservation.

Robert C. Trumpbour, an associate professor of communications at Pennsylvania State University, Altoona, is the author of The New Cathedrals: Politics and Media in the History of Stadium Construction.

Kenneth Womack, dean of the Wayne D. McMurray School of Humanities and Social Sciences and a professor of English at Monmouth University, is the author of several books, including Long and Winding Roads: The Evolving Artistry of the Beatles.