Organized by the Young Architects Forum

Brought to you by the Christopher Kelley Leadership Development Program 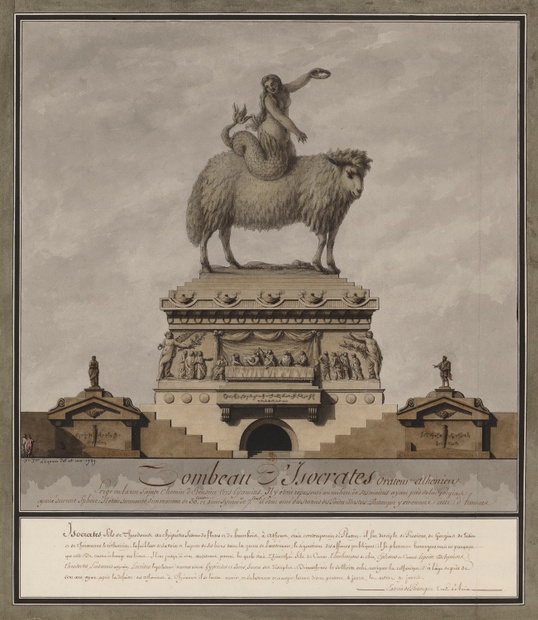 Join the Young Architects Forum for a curator lead tour of The Menil Drawing Institute's Jean-Jacques Lequeu: Visionary Architect and a building overview. Kelly Montana, Assistant Curator, will lead the group through draftsman and architect Jean-Jacques Lequeu work, who is now considered one of the most inventive artists of post-revolutionary France. Lequeu spectacularly detailed drawings range from proposals submitted to government entities to fantastic and speculative structures that were never intended to be constructed. They depict anatomical studies and civic infrastructure along with curious oddities such as a towering stable in the shape of a cow. Jean-Jacques Lequeu: Visionary Architect, Drawings from the Bibliothèque nationale de France explores the artist’s wildly imaginative architectural drawings for projects that were never realized in part due to the political turmoil caused by the French Revolution and also because the designs, though carefully executed on paper, were often impossible to build.

About Jean-Jacques Lequeu
Jean-Jacques Lequeu was born in Rouen, France, and studied architecture in Paris. Over the course of his career, Lequeu worked as a draftsman, a surveyor, and a cartographer. His posthumous acclaim would come from the discovery of hundreds of architectural and anatomical drawings that he made and gifted to the Bibliothèque nationale de France.