Brought to you by the Committee On The Environment 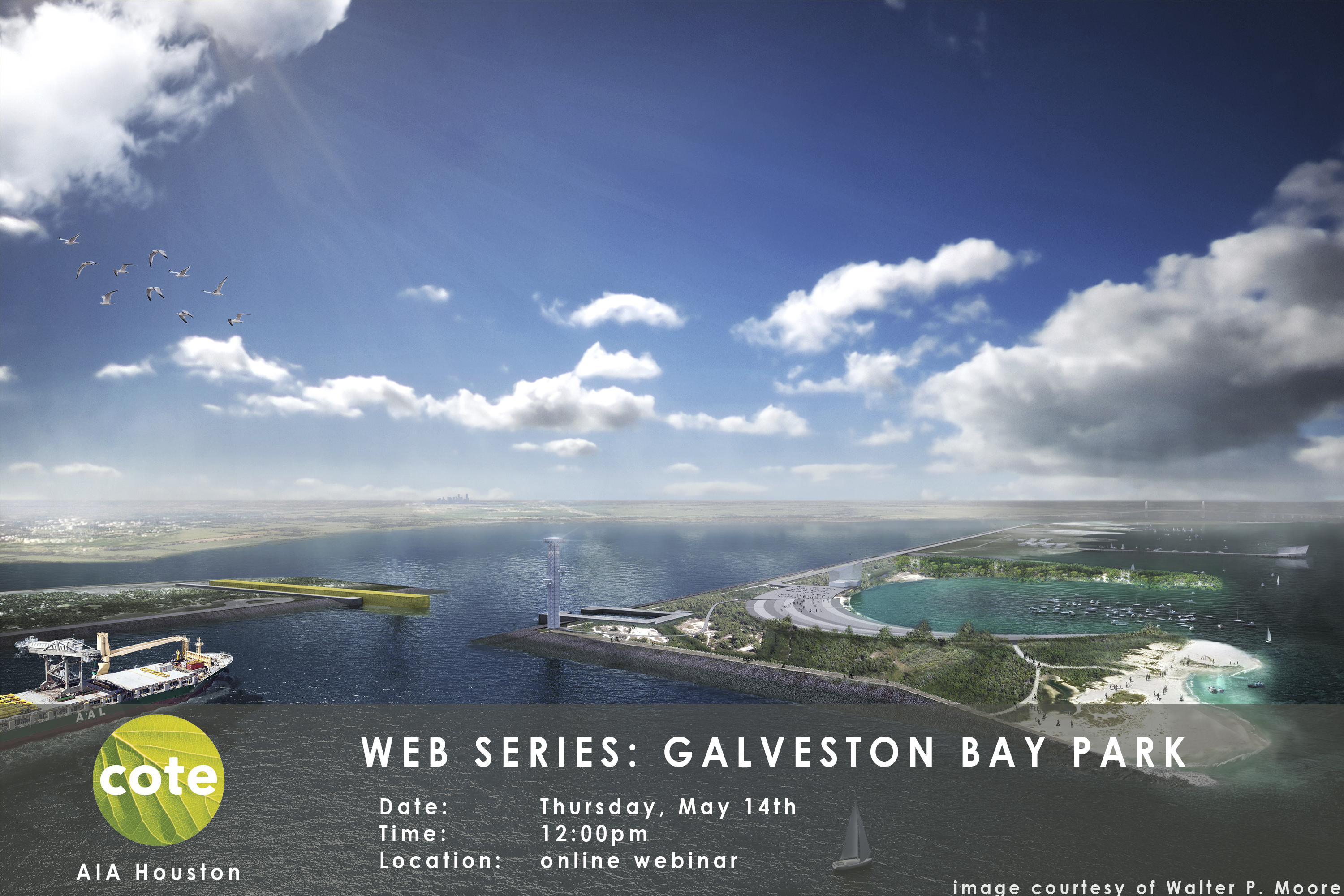 Registration is required and space is limited.  Instructions will be emailed to all registrants on Wednesday, May 13

The Galveston Bay Park plan is the result of ongoing studies over hurricane surge reduction in the Houston-Galveston Bay region. The focus of the study is a surge protection system comprised of a new archipelago of Mid-Bay Barrier Islands and a Mid-Bay Gate. It is envisioned as a cost-effective system that will protect both the vital industrial infrastructure of the Houston Ship Channel and the communities that line the western shore of Galveston Bay. During non-storm periods, the Islands will be programmed as active recreational amenities for the Houston and Galveston Bay communities.

Charlie Penland:
With more than 35 years of experience and as the Director of Civil Engineering in the firm's Houston office, Charlie is widely recognized for his contributions to civil engineering. His experience includes serving as project manager on complex building site plans and campus plans with an emphasis on cost control, sustainability, and master planning. Charlie’s special interest in Low-Impact Development, hydraulic design, hydrologic analysis, and flood protection has resulted in his being sought after by a variety of professional, industry, and educational organizations. He has made multiple presentations in the U.S. (including several times at Greenbuild) and Europe on flood protection design and emergency preparation and is a guest lecturer at universities. Charlie has been active on the Board of the Houston Water Authority Corporation and Council of Engineering Companies and currently on the Environmental Committee of EWRI, and participates on Rice University’s SSPEED Center.

Rob Rogers:
ROGERS PARTNERS Architects+Urban Designers was founded in August 2013 by Rob Rogers, FAIA. For over 30 years, Rob has explored the edges of architecture and the overlap of disciplines: the spaces where architecture, landscapes and the public realm converge.
Rob creates institutional and cultural buildings that are civic works. From reinventing the security bollard to redesigning a subtle icon on the National Mall, Rob continually elevates accepted conventions in his quest to develop intelligent, rich and timeless contributions to our physical environment. Believing that even a single building is a piece of urban design, his work assertively and elegantly combines urbanism, landscape and architecture.

Dr. Philip Bedient:
Dr. Philip B. Bedient is the Herman Brown Professor of Engineering and the Department Chair of Civil and Environmental Engineering at Rice University. He teaches and performs research in surface water hydrology, disaster management, and flood modeling and prediction systems.  He has directed 90 research projects over the past 43 years, has written over 200 articles in journals and conference proceedings. He is lead author on a textbook on “Hydrology and Floodplain Analysis” (Prentice Hall, 6th ed., 2018) used in over 75 universities across the U.S. Dr. Bedient received the Herman Brown endowed Chair of Engineering in 2002 at Rice University, and was elected to Fellow ASCE in 2006. He also received the C.V. Theis Award from the American Institute of Hydrology in 2007. He earlier received the Shell Distinguished Chair in Environmental Science (1988 to 1993), and formed the Severe Storm Prediction Center (SSPEED) at Rice University in 2997 consisting of a team of seven universities and 15 investigators from Gulf coast universities dedicated to improving storm prediction, education, and evacuation from disaster.