Brought to you by the Houston 2020 Visions 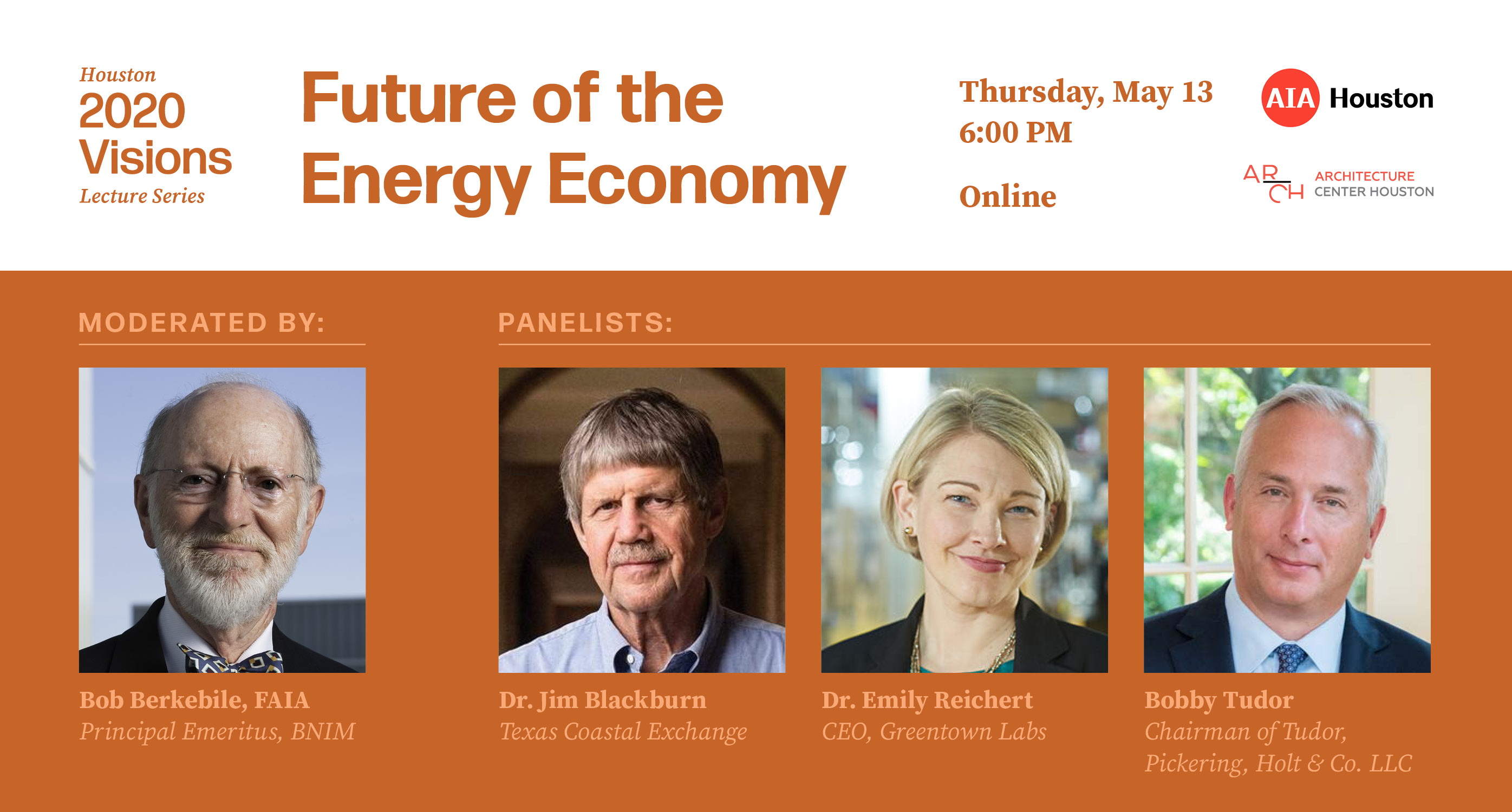 When the petroleum economy was launched by Houston entrepreneurs, the world was changed and Houston flourished. There was no understanding that extracting carbon from the earth and releasing it into the atmosphere through industry, infrastructure, and transportation could have such a dramatic impact on the Earth’s climate, Houston resilience, and the future of human history.
Houston has the opportunity to move beyond mitigating harm to take the lead in regenerative solutions and a restorative economy.

What if instead of using fewer (or cleaner) fossil fuels, Houston designed a community and economy that could operate entirely on renewable energy? What if the city’s planners and scientists developed landscapes, agricultural systems, and technologies to transfer carbon from the atmosphere (where it contributes to climate change) back to the earth (where it can accelerate the restoration of depleted soil)? What if this new economic system educated and employed all the diverse people of Houston? And what if Houston developed the business and financial systems to export these technologies and services globally?

Join us for a conversation where we will discuss some of these ideas. Featuring Jim Blackburn, Texas Coastal Exchange; Emily Reichert, CEO, Greentown Labs; Bobby Tudor, Greater Houston Partnership; and moderated by Bob Berkbile, FAIA and principal emeritus of Kansas City-based BNIM.

Houston 2020 Visions may be viewed online now at www.houston2020visions.org, and in-person at the new Architecture Center Houston by scheduling an appointment with Debby Joiner.