Brought to you by the Women in Architecture 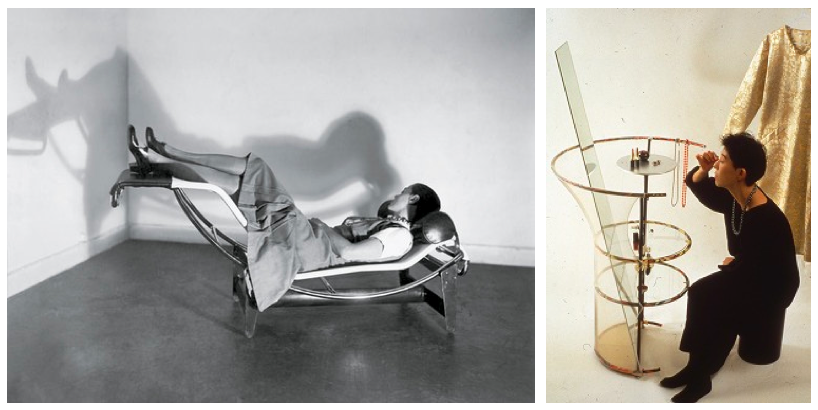 Marta Rodriguez will address the crossroads of the trajectories of the architects/designers Charlotte Perriand (1903-1999) and Kazuyo Sejima (1956-), linked to the production of “petite architecture,” a new spatial paradigm defined as habitable technological furniture, and designed for the urban nomad to enjoy leisure time.

Rodriguez’s dissertation addresses transnational connections between Japan and France in the 1920s and 1980s, notably the work of Charlotte Perriand and Kazuyo Sejima. The investigation raises a new spatial paradigm called “petite architecture”, defined as habitable technological furniture for enjoying leisure time. Currently, her research focuses on how technological revolutions and the flourishing of urban nomadism have influenced the advent of "petite architecture,” especially in the cultural circular exchange between Japan, France and the United States, with the ultimate aim of defining the Western-Japanese transnational architecture.

Marta Rodríguez began her professional practice at The Office for Metropolitan Architecture (OMA) / Rem Koolhaas in Rotterdam, where she was part of the team who won the International Competition for designing the New Court Rothschild Bank in London in 2005. She subsequently started her own practice, winning several public architectural competitions in Spain, and in parallel she also taught at the ETSAM. Her creative work has been published internationally in magazines such as Arquitectura Viva (AV Proyectos no. 039 and AV Proyectos no. 029) and PASAJES Arquitectura y Crítica (nº 113), as well as in several books by the University of Valladolid Press and Mairea Libros Publisher.

This exhibit and related programs are sponsored by Page.

This exhibit is funded in part by a grant from the City of Houston through the Houston Arts Alliance.