Reservations not required. Free and open to the public. 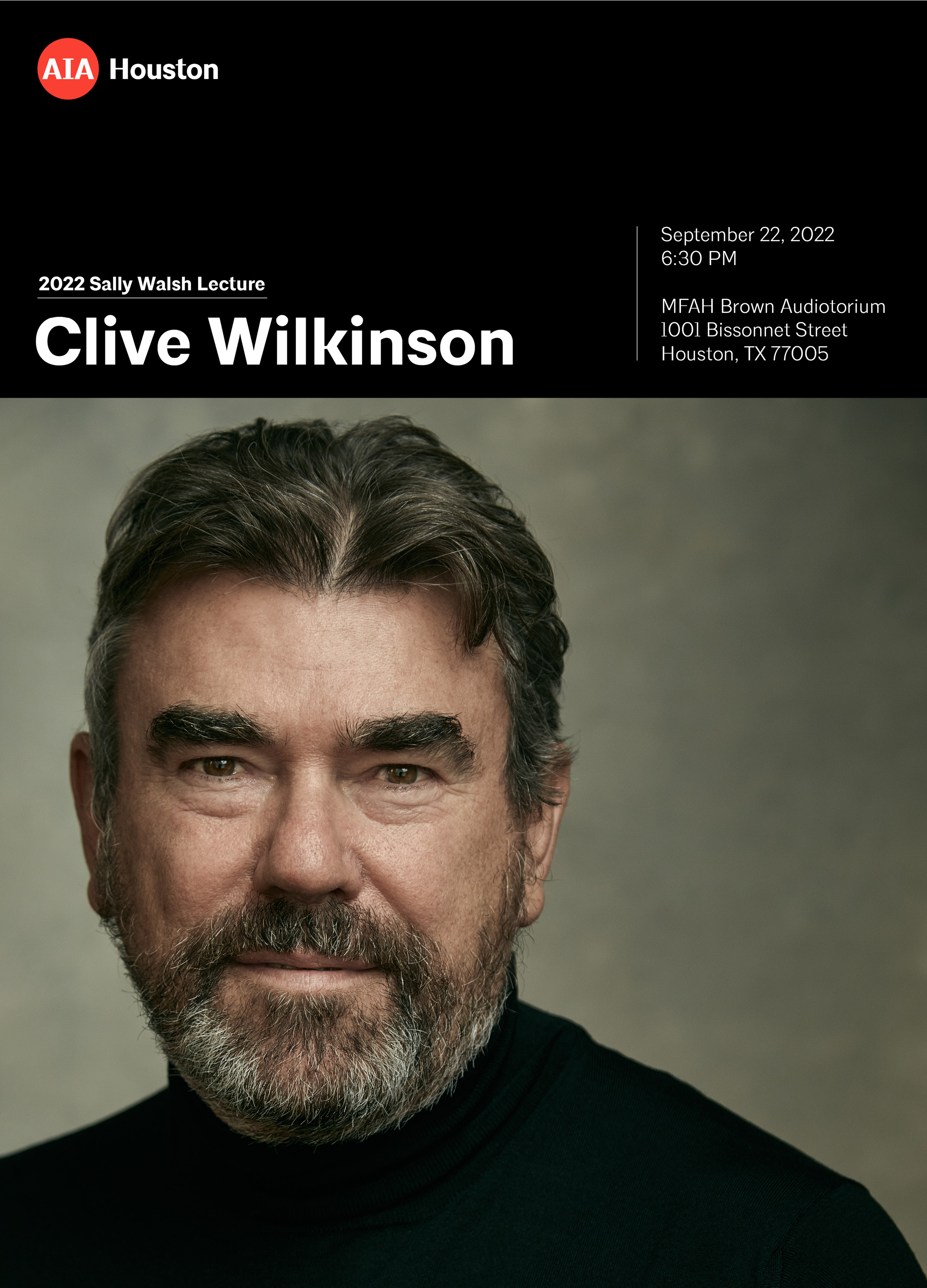 Sally Walsh Lectures are supported by an endowed fund of the Houston Architecture Foundation. The lectures are dedicated to the memory of one of Houston’s most distinguished interior designers, Sally Walsh, who brought modern design to Houston and became an inspiration to a whole generation of Houston architects and designers.

All Sally Walsh lectures are free and open to the public.  Doors open at 6:00pm
Lecture will begin at 6:30pm

THE THEATRE OF WORK

Clive Wilkinson’s first book, The Theatre of Work, is part theoretical investigation and part monograph, and proposes a sociological evolution of the relationship between office users and the workplace. Ideas illustrated within build on his experience working with some of the world’s most creative companies over the course of three decades, and the lessons of building creative communities within a new environmental framework that leverages lessons from historic city planning and urban design. Extending the author's historical research explorations, the book features 14 of his firm’s most significant projects as case studies.
________________________________________

Clive Wilkinson, FAIA, FIIDA, RIBA, is an architect, designer, writer and strategist with over thirty years of experience working at the intersection of urban design, architecture and interior design. He is a Fellow of the American Institute of Architects (AIA), a Fellow of the International Interior Design Association (IIDA), a member of the Royal Institute of British Architects (RIBA), and a former Board Director of the AIA | Los Angeles. In 2005, Clive was inducted into the Interior Design magazine ‘Hall of Fame'. He was named a 'Master of Design' by Fast Company magazine in 2006, a 'Pioneer of Design' by the IIDA in 2011, and a 'Design Legend' by Contract  magazine in 2019. In 2010, Clive was formally inducted into the GSA National Peer Registry as an advisor to the U.S. Government on architecture and design. He has also served as a keynote speaker at global media, advertising and design conferences.

Clive is the Founder and Design Director of Clive Wilkinson Architects, a bespoke architecture and interior design firm based in Culver City, California. Established in 1991, the practice is an acknowledged global leader in workplace design whose large-scale projects for clients including Disney, Google, Macquarie Group, and Microsoft have established new paradigms for building creative and educational communities. In 2012, Clive Wilkinson Architects was awarded the prestigious National Design Award for Excellence in Interior Design by the Cooper Hewitt, Smithsonian Design Museum.