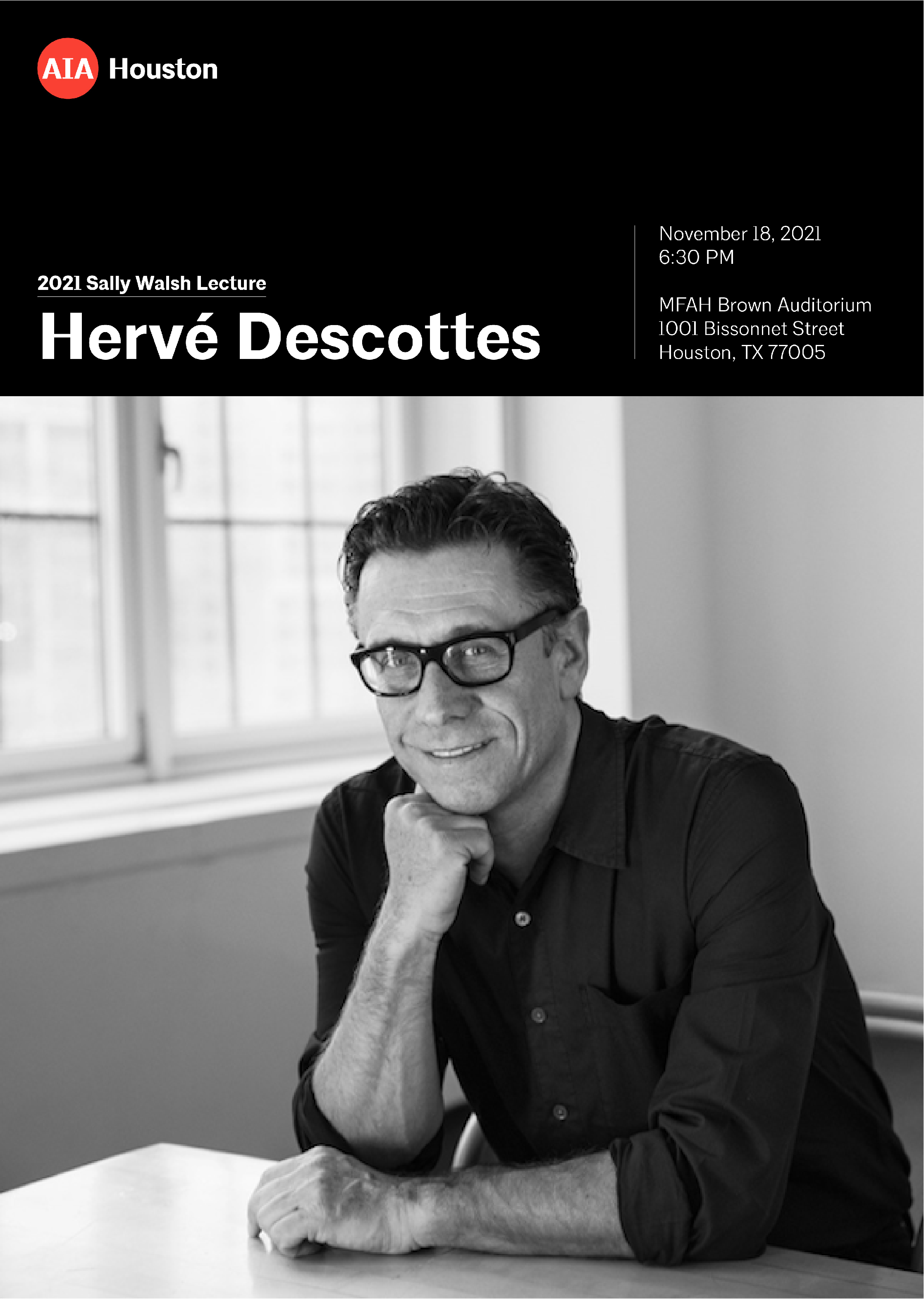 Sally Walsh Lectures are supported by an endowed fund of the Houston Architecture Foundation. The lectures are dedicated to the memory of one of Houston’s most distinguished interior designers, Sally Walsh, who brought modern design to Houston and became an inspiration to a whole generation of Houston architects and designers. All Sally Walsh lectures are free and open to the public.

Our featured speaker for 2021 is Hervé Descottes with L’Observatoire.

Mr. Descottes has been recognized numerous times by the lighting design and architectural community. He has received awards from the International Association of Lighting Designers, the Illuminating Engineering Society and the New York City Illuminating Engineering Society, the American Institute of Architects, the American Society of Landscape Architects, D&ADAD, the Municipal Art Society of New York City, and the GE Corporation. In 2008, Mr. Descottes was named Knight of the Order of Arts and Letters by the French Minister of Culture.