The Architecture of Birdsall P. Briscoe 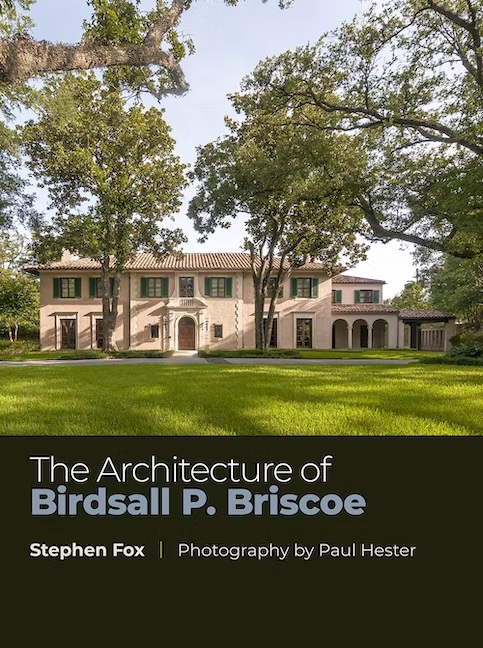 The Architecture of Birdsall P. Briscoe

Birdsall P. Briscoe (1876-1971) was one of Houston’s foremost residential architects of the first half of the twentieth century. In independent practice from 1912 to 1962, Briscoe was especially identified with the design of suburban country houses in the Houston neighborhoods of Courtlandt Place, Shadyside, Broadacres, and River Oaks. Briscoe was the first president of the South Texas Chapter of the American Institute of Architects, predecessor of the Houston Chapter. During the 1930s, he served as South Texas District Officer of the Historic American Buildings Survey. He was one of the thirteen organizers of the Heritage Society in 1954. Stephen Fox’s presentation will provide an overview of Briscoe’s career with an emphasis on his association with the American Institute of Architects and historic preservation in Houston and Texas.

Stephen Fox is an architectural historian and a Felllow of the Anchorage Foundation of Texas. He is a lecturer in architecture at Rice University and the University of Houston. Fox is the author of the Houston Architectural Guide (2023), published by the American Institute of Architects, Houston Chapter.

Paul Hester is a photographer based in Fayetteville, Texas, and Houston. Recently retired as Lecturer in Photography at Rice University’s Department of Visual and Dramatic Arts, Hester and his collaborator LIsa Hardaway have been photographers for California Romantica by Diane Keaton, Historic Texas Courthouses by Michael Andrews, Georgia O’Keeffe and Her Houses: Ghost Ranch and Abiquiu by Barbara Buhler Lynes and Agapita Judy López, Houston’s Silent Garden: Glenwood Cemetery, 1871-2009, by Suzanne Turner and Joanne Seale Wilson, A Sense of Place: The Architecture of Curtis and Windham, Philip Johnson and Texas by Frank D. Welch, Carlos Jiménez: Buildings, and Carlos Jiménez: Thirty Years, Thirty Works. Hester’s photography is in the collection of The Museum of Fine Arts, Houston, the Amon Carter Museum of Art in Fort Worth, the National Museum of American Art in Washington, D. C., the Bibliothèque Nationale de France in Paris, and the Stedelijk Museum in Amsterdam.