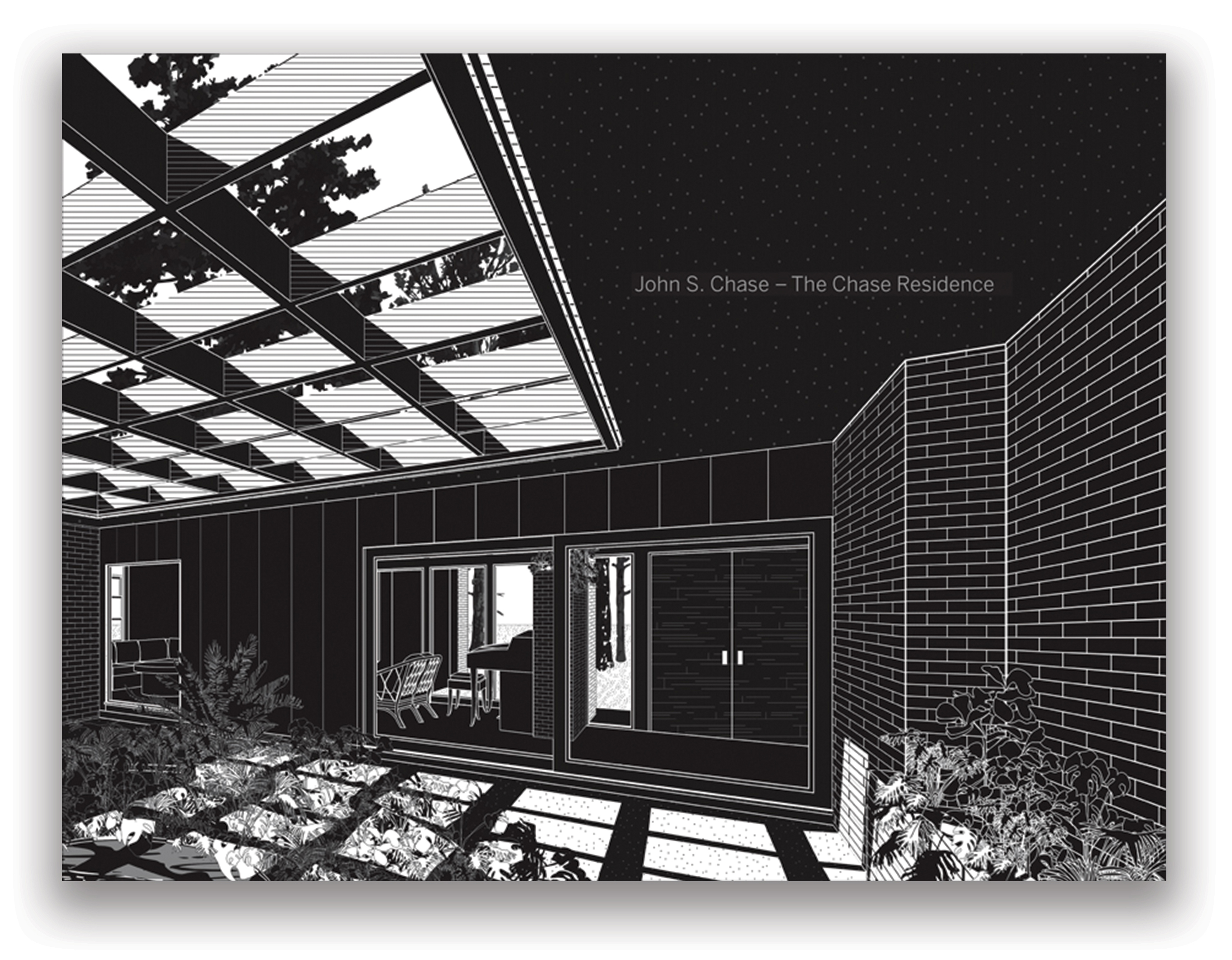 On Thursday, January 14, at 4:00 p.m. CST, please join Tony Chase and Saundria Chase Gray, in discussion with David Heymann, FAIA, Harwell Hamilton Harris Professor, The University of Texas at Austin School of Architecture, to hear about growing up in a remarkable work of architecture.

In 1959 the American architect John Saunders Chase completed a modernist house in Houston for his own family. It was an extraordinary achievement. No white architect would hire Chase for the necessary professional internship when he – the first African American to enroll in and graduate from The University of Texas School of Architecture – arrived in the city in 1952. Chase instead had to petition the state for special permission to take the licensing exam, and in 1954 he became the first African American registered as an architect in Texas.

Chase’s practice was flourishing by 1959. His progressive house was testimony to this accomplishment. The building was the first fully enclosed courtyard house – a type only initially experimented with by progressive architects across America at that time ¬– in Houston. When Chase reconfigured the house in 1968, he transformed it architecturally into a great social stage. With the support of his wife, Drucie, the house served as a kind of lantern in the city, an epicenter for social, cultural, and political life.

This webinar is in conjunction with the publication of the book John S. Chase — The Chase Residence (Tower Books), edited and with an essay by David Heymann; an essay on Chase’s architectural career by historian Stephen Fox, Fellow of the Anchorage Foundation of Texas and Lecturer at Rice Architecture and the University of Houston Gerald D. Hines College of Architecture and Design; and drawings of the house by UT Austin School of Architecture graduate students.