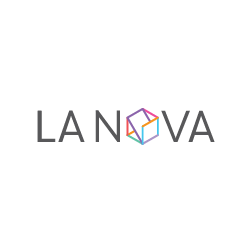 As a Building Scientist, Andrea’s interests are in pushing the performance and minimizing the environmental impact of her projects. She also enjoys building the firm’s knowledge and intuition about sustainability through research endeavors and project explorations.

At Payette, Andrea works across projects to bring rigor to the performance of projects. She integrates performance modeling tools into Payette’s design process at the very beginning to inform and push designs. Additionally, she leads a number of internal research projects, and was the Principal Investigator on the 2012 AIA Upjohn Research Initiative-funded “Thermal Performance of Facades,” a research project focused on thermal bridging. She also leads the firm’s efforts on the AIA 2030 Commitment, tracking and benchmarking the performance of projects across the firm.
Andrea received a Master of Science in Architecture Studies in Building Technology from the Massachusetts Institute of Technology, where she was the recipient of the Tucker-Voss Award and focused her thesis on the thermal performance of facades. She is also a Lecturer at MIT in the Department of Architecture’s Building Technology group where she teaches a class on building envelope performance.

She currently serves on the Board of Directors for the USGBC Massachusetts Chapter, as well as the national USGBC Chapter Steering Committee and Education Steering Committee, and is a member of the COTE Advisory Group to the Board.

Projects undertaken by Johnston Marklee are diverse in scale and type, spanning fourteen countries throughout North and South America, Europe, and Asia. Recent projects include the Menil Drawing Institute, on the campus of the Menil Collection, which opened in November 2018; a renovation of the Museum of Contemporary Art Chicago, completed in September 2017; the new UCLA Graduate Art Studios campus in Culver City, California; and the design of the new Dropbox global headquarters in San Francisco, California.

Together with partner Mark Lee, Sharon was the Artistic Director of the 2017 Chicago Architecture Biennial.