YAF meets the fourth Tuesday of every month from 12-1pm 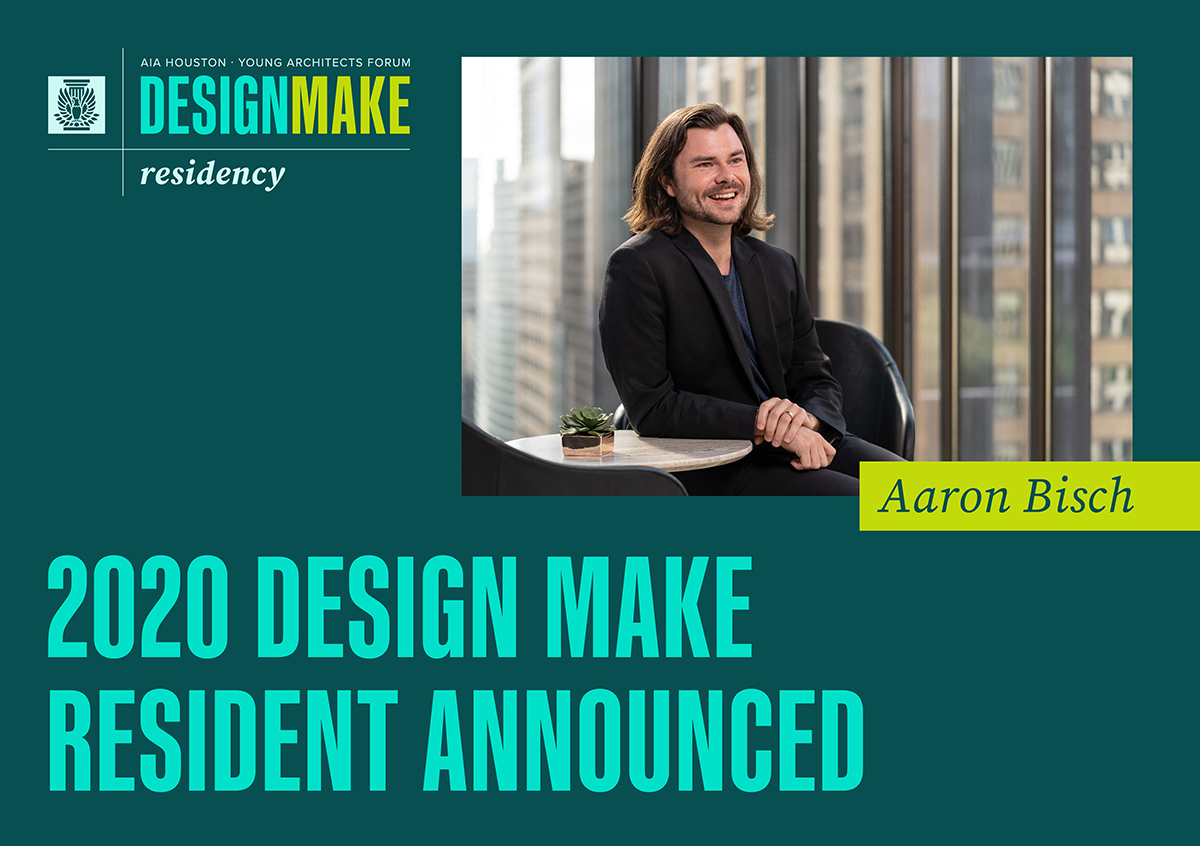 Aaron will use the Design-Make residency to explore the American balcony and it's purpose. The American apartment balcony has become a somewhat ubiquitous architectural motif. Nearly every mid-rise apartment building facade is peppered with vertical steel railings around cantilevered balconies. The majority of these cantilevered living spaces are vacant, either baked by the sun’s heat, or just plain empty. Any furniture on the balcony is from Ikea’s patio set, because there are no other options petite enough to allow for functional use. These broad generalizations are by no means universal, but based on daily observations living and working between Midtown and Downtown Houston. Aaron will map out, or mock up a balcony at full scale. This will serve as a backgrop for multiple experiments such as vertical gardening, shading, furniture solutions, or a complete redesign of the balcony itself - all functional, at full-scale, and with the intent of mass application.

About Aaron Bisch
Aaron Bisch is an Architect in the Houston office of global architecture and design firm Gensler. His portfolio of work spans the firm’s mixed use, workplace, product development, and office building practice areas. Relevant projects Aaron has served on in his time at Gensler include the Repositioning of Houston Center, Karbach Brewery’s Swag Shop, and a Corporate Campus in Midland, TX. Prior to joining Gensler, Aaron spent three years at Corgan in Dallas designing workplace and retail interiors, including the Mannington Design Center in Atlanta, GA.

Aaron graduated from Kansas State University in 2015 with his Master of Interior Architecture and Product Design. At his core, Aaron has a passion for object design and an itch for travel. He believes in a truly integrated design approach that considers every scale of human interaction. He is currently an active member of Gensler’s ByDesign team and the office’s summer internship committee. When not at work, Aaron can be found home-brewing beer and kombucha, experimenting with new recipes the kitchen, or golfing (both disc and traditional). Aaron also loves the great outdoors and achieved his Eagle Scout rank, the highest achievement attainable by the Boy Scouts of America.