ArCH Film Fest Screening: The Land of Many Palaces 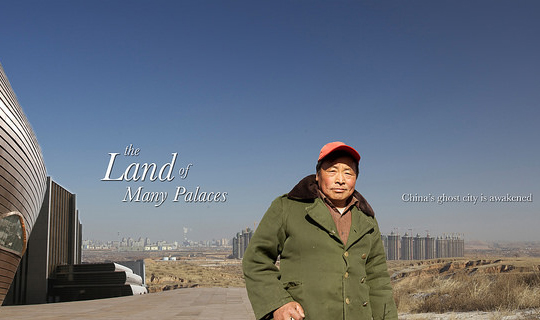 In Ordos, China, thousands of farmers are being relocated into a new city under a government plan to modernize the region. “The Land of Many Palaces” （《宫殿之城》）follows a government official whose job is to convince these farmers that their lives will be better off in the city, and a farmer in one of the last remaining villages in the region who is pressured to move. The film explores a process that will take shape on an enormous scale across China, since the central government announced plans to relocate 250,000,000 farmers to cities across the nation, over the next 20 years.